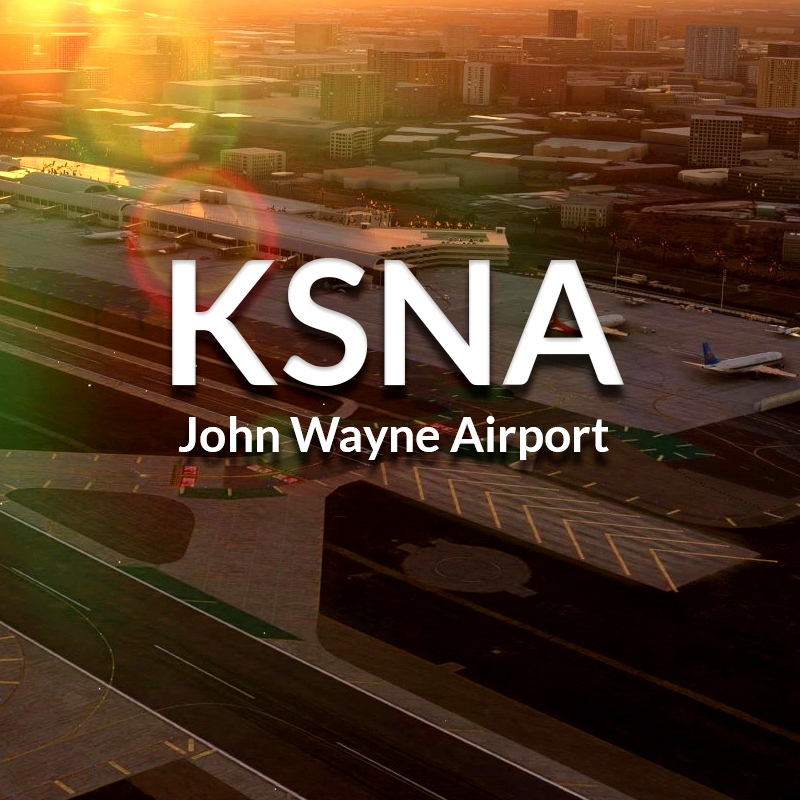 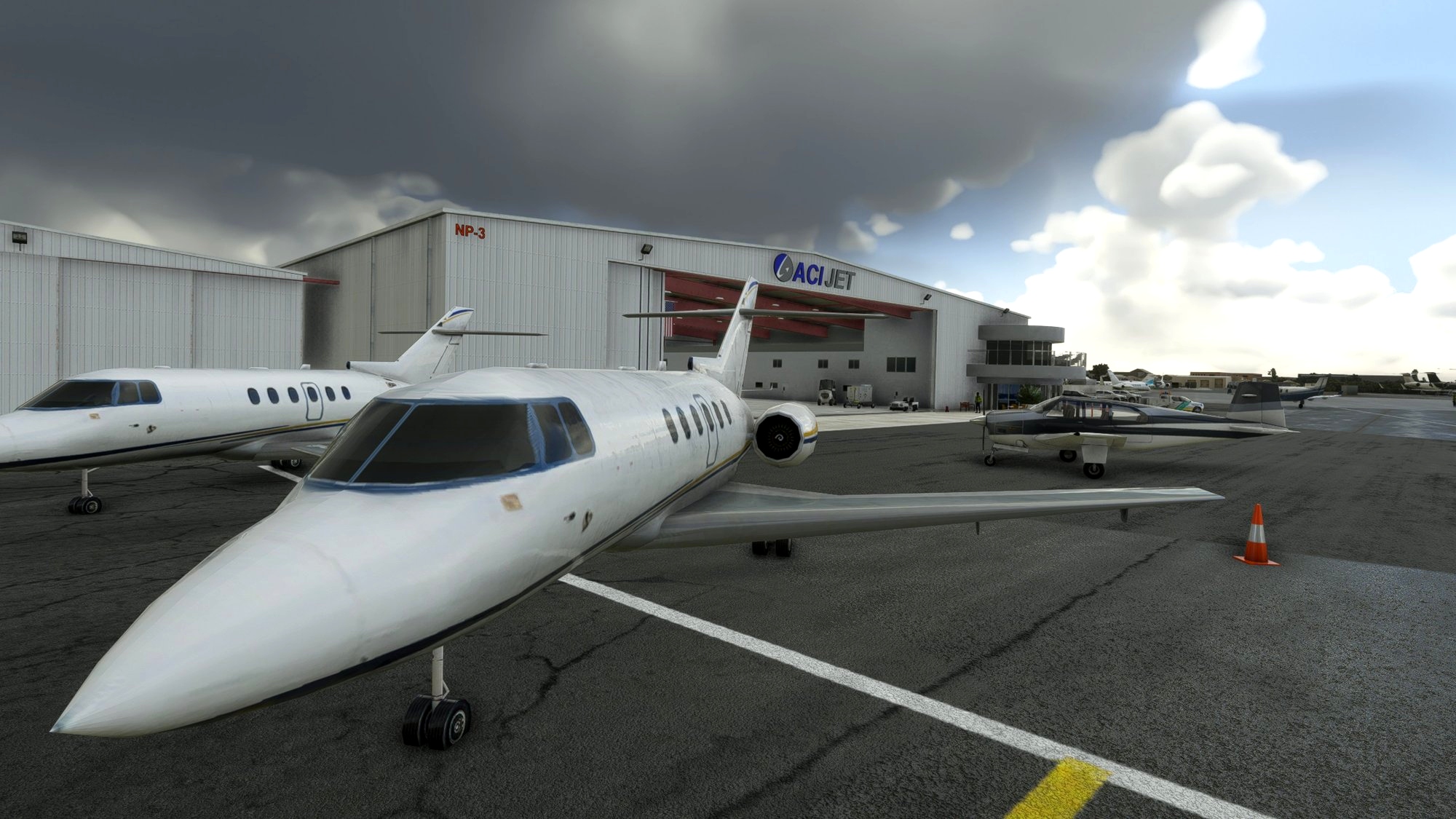 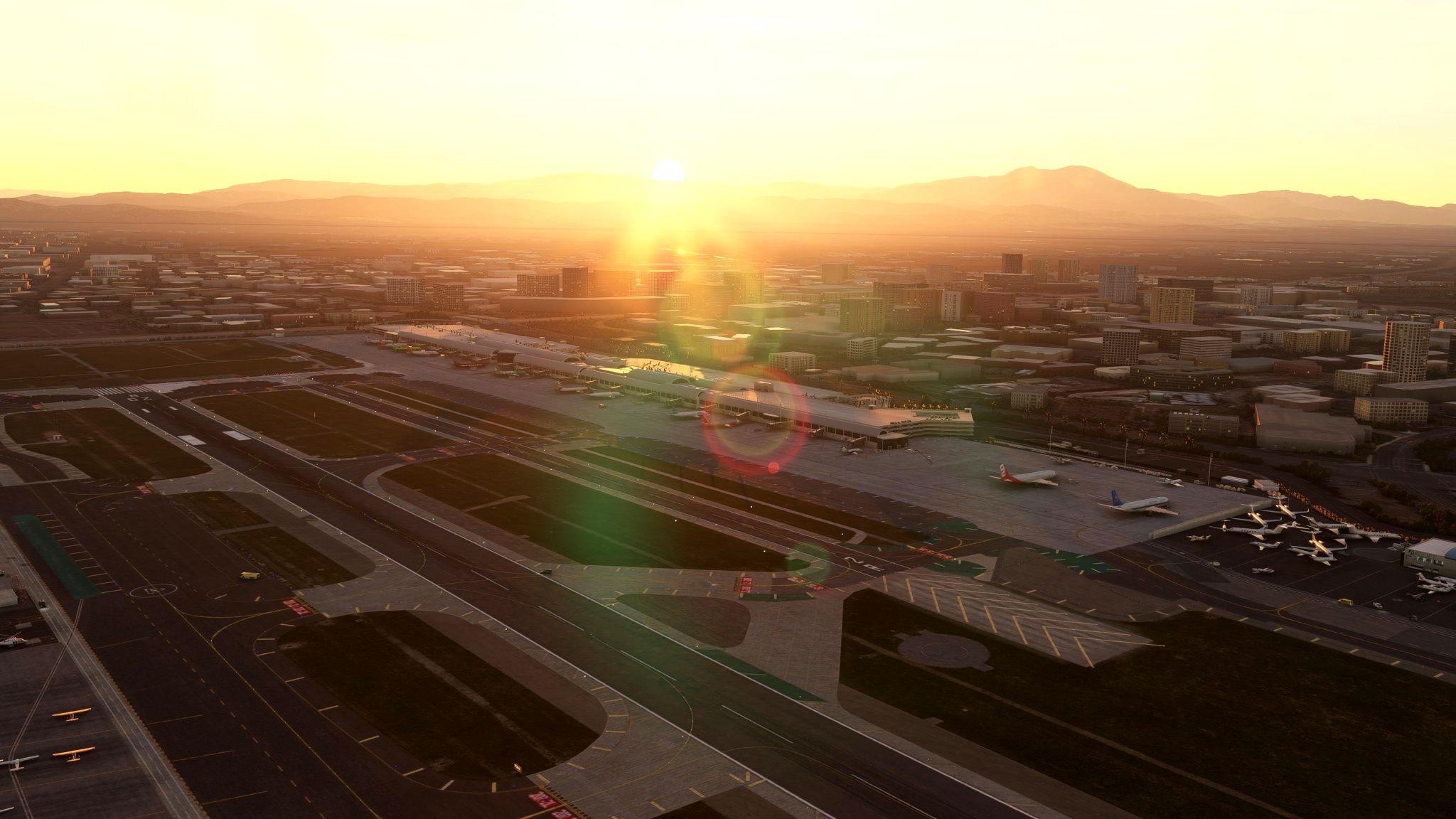 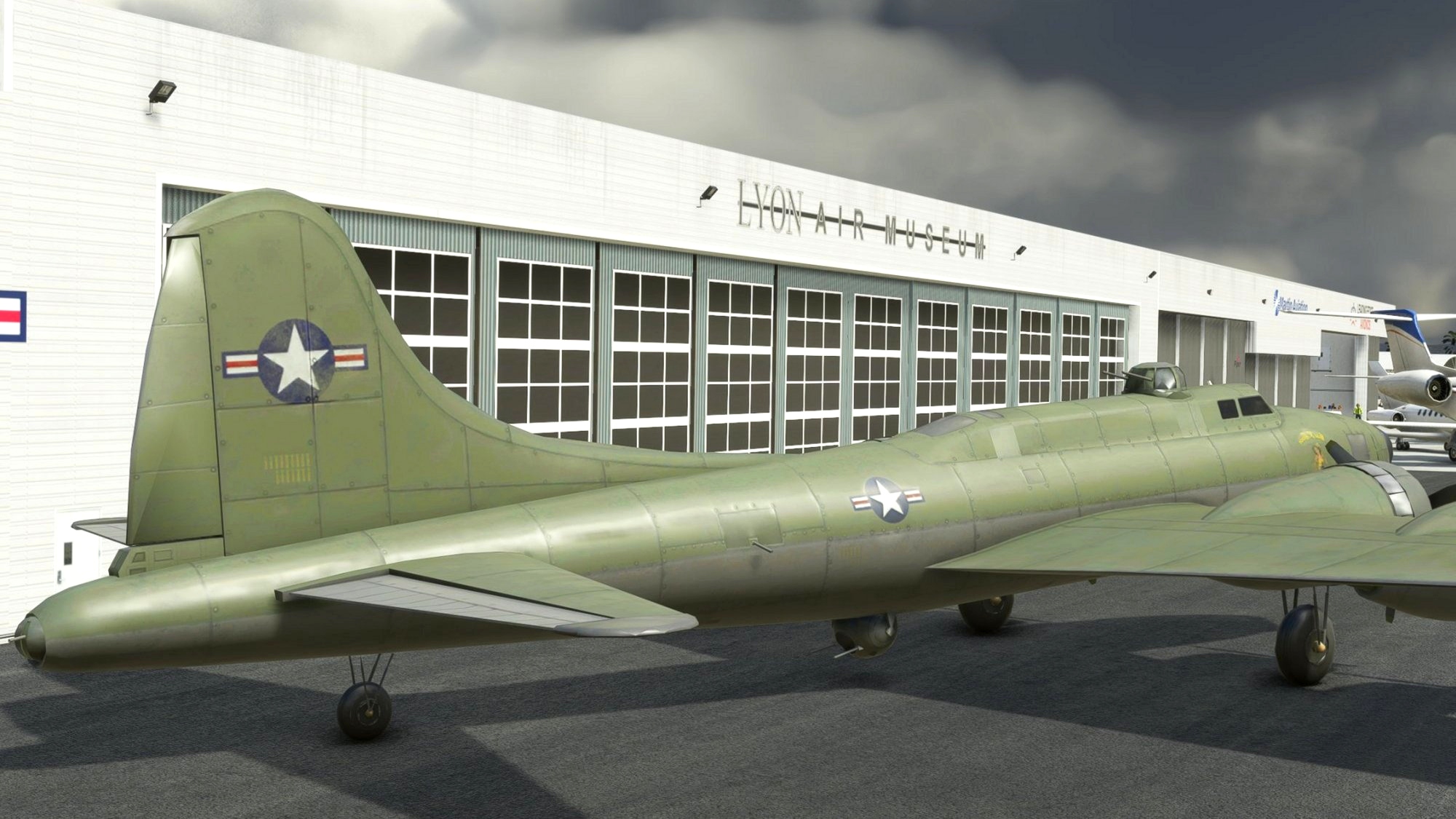 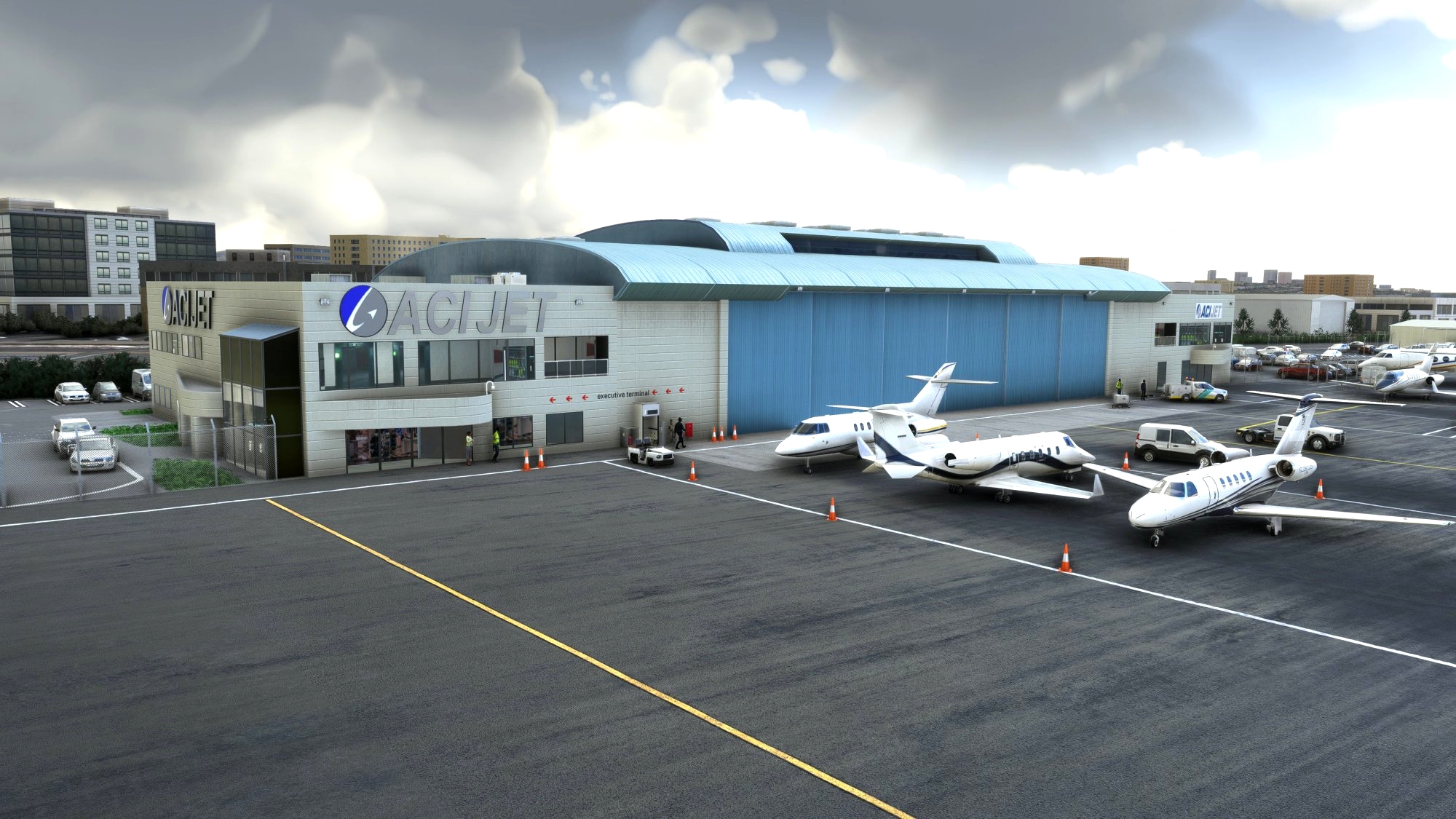 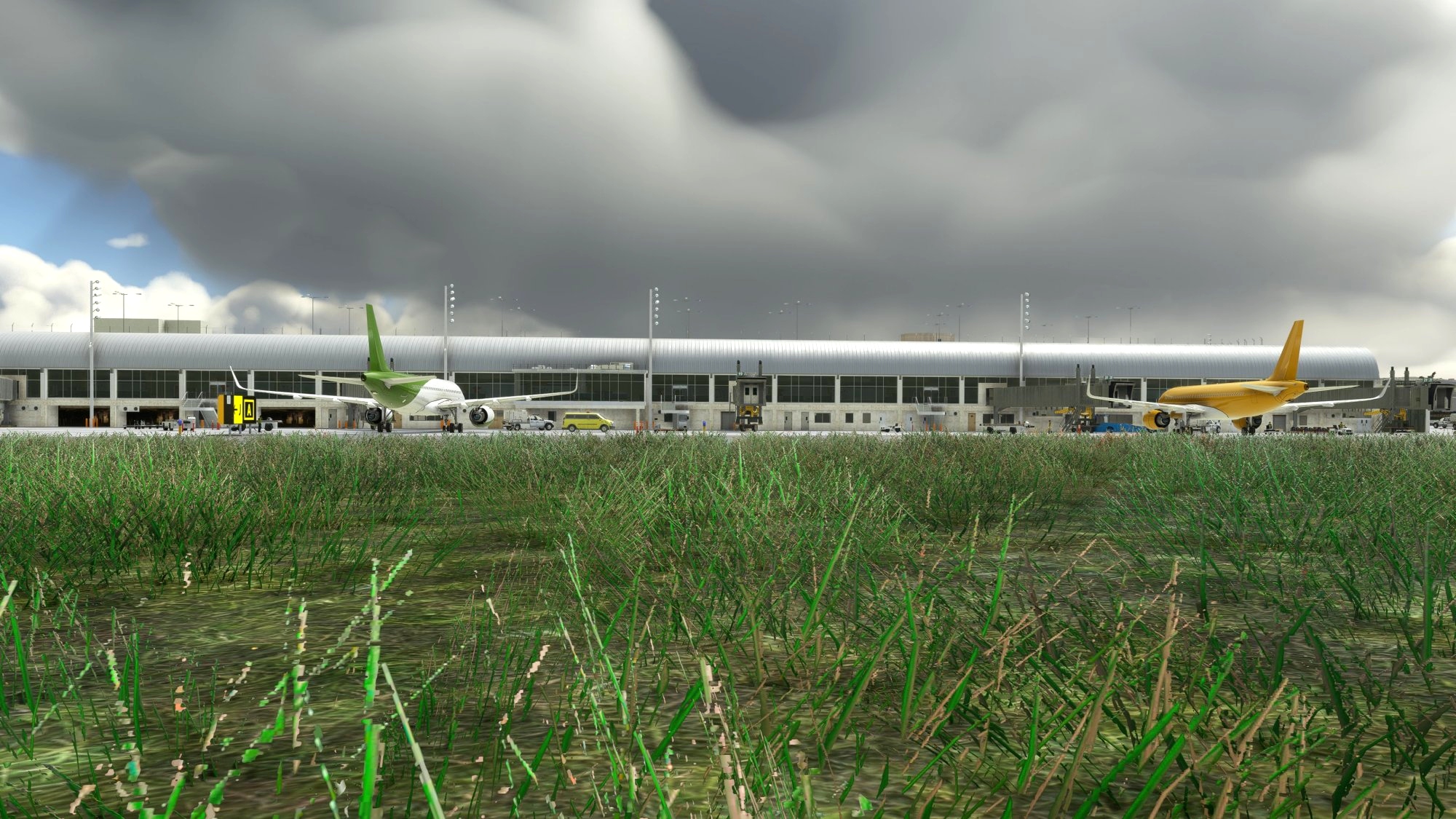 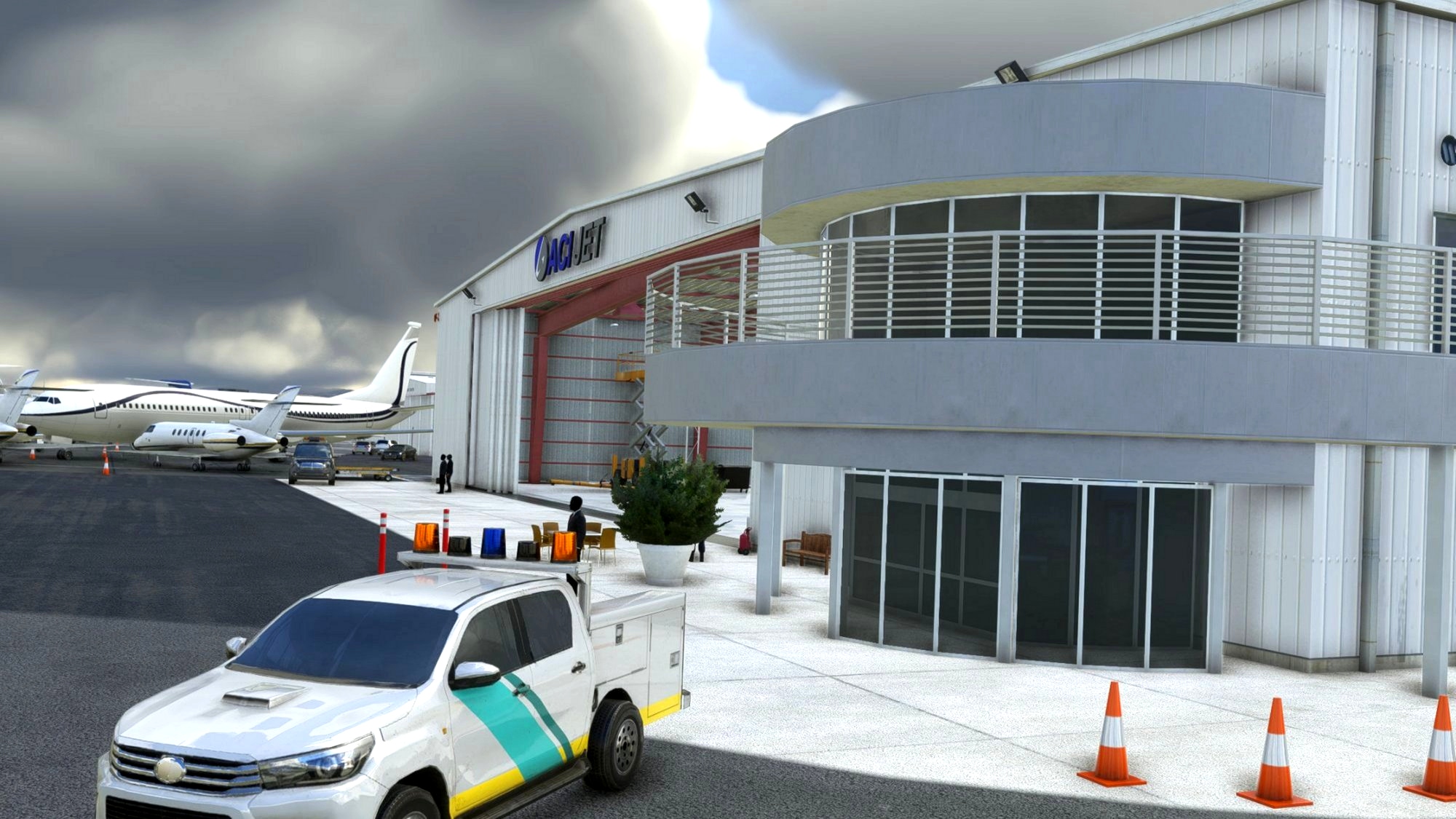 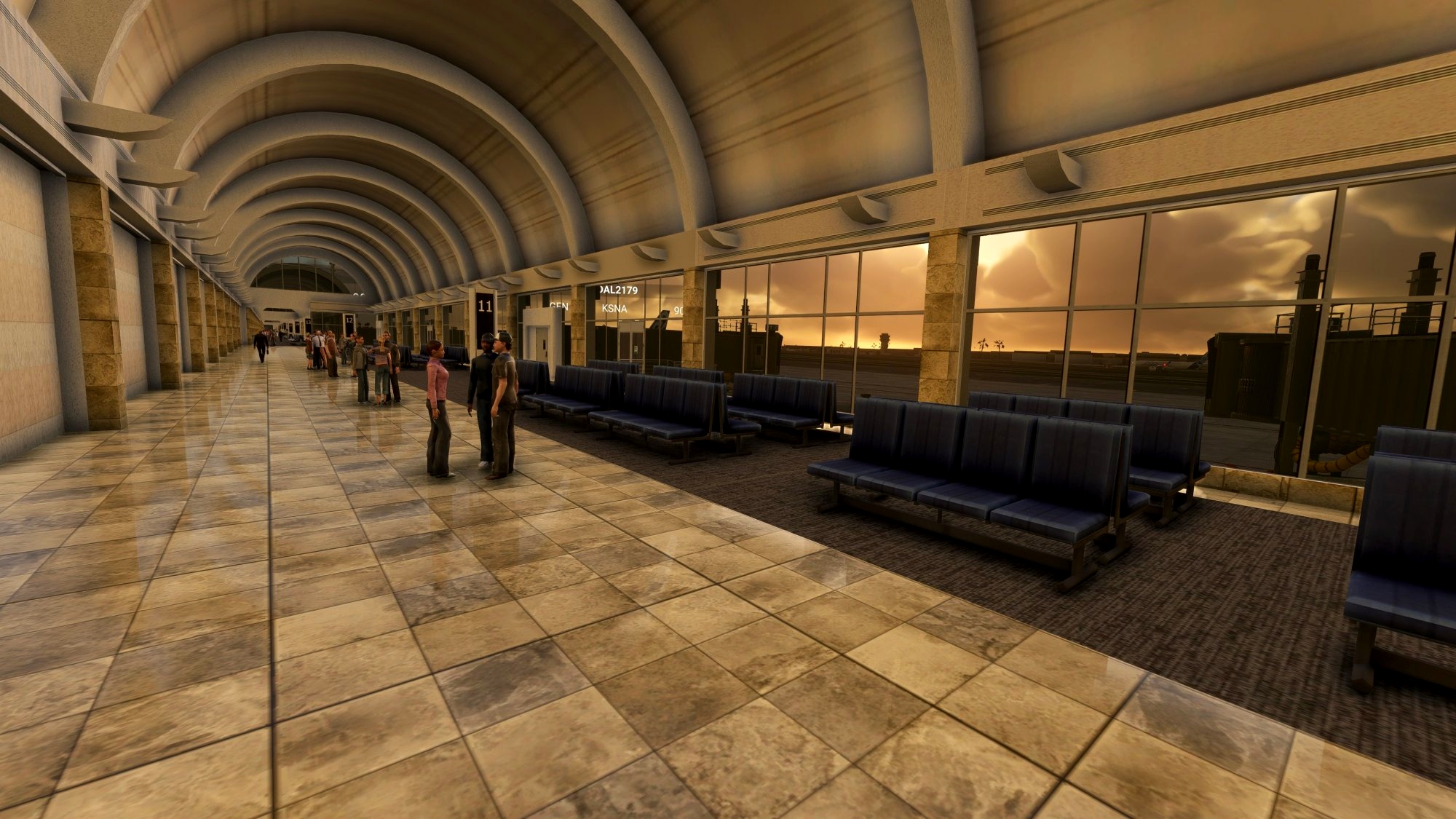 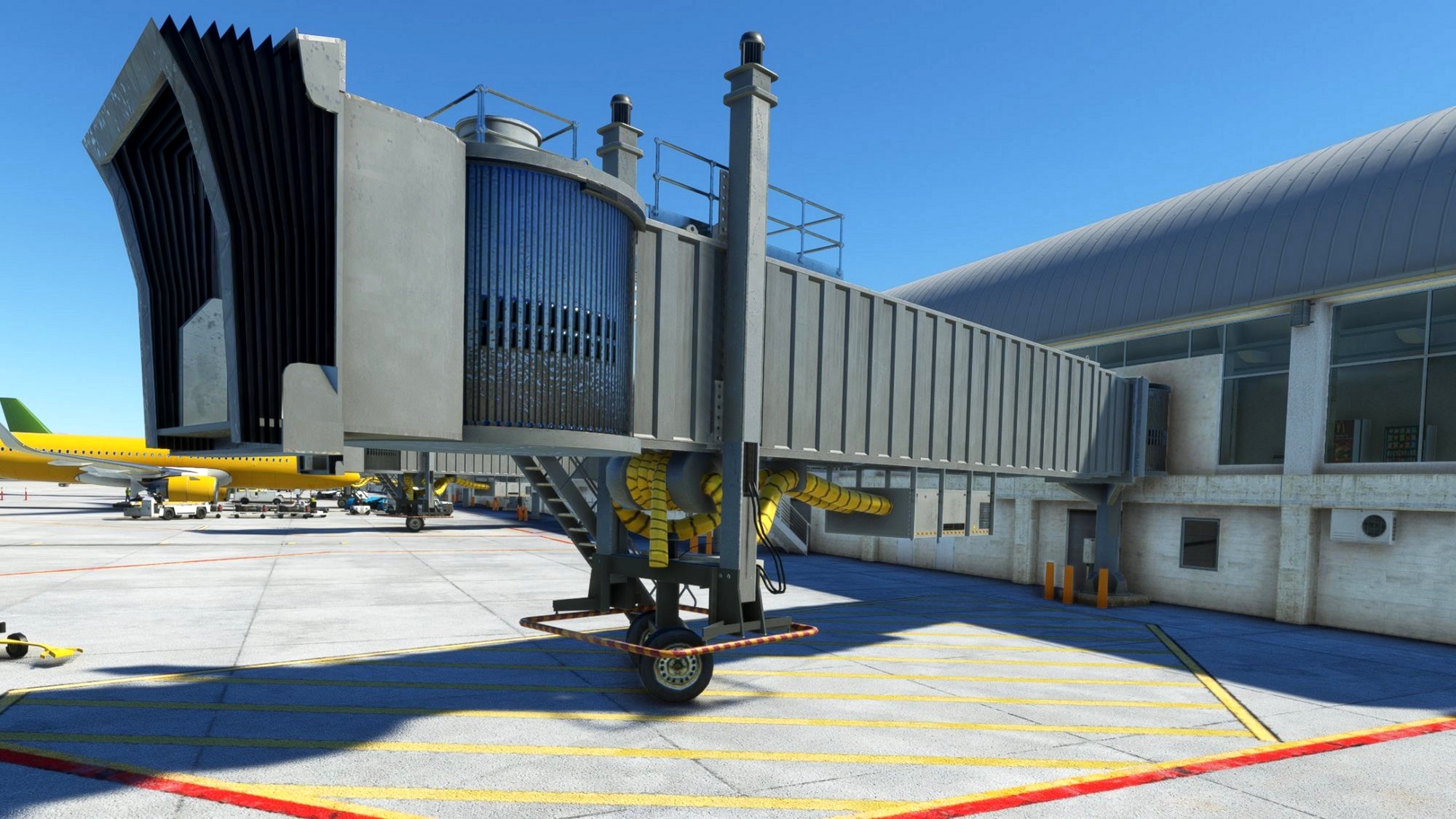 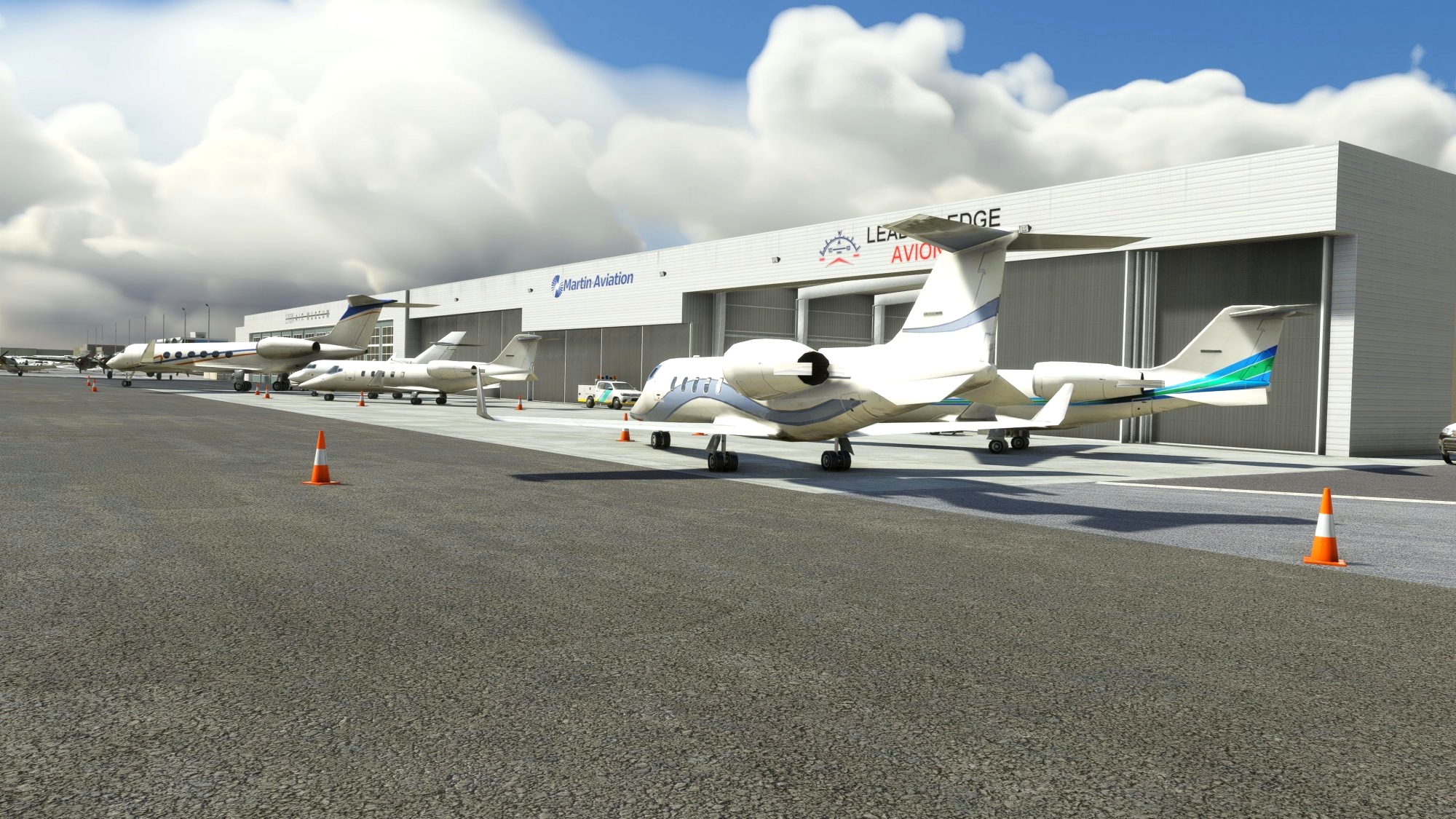 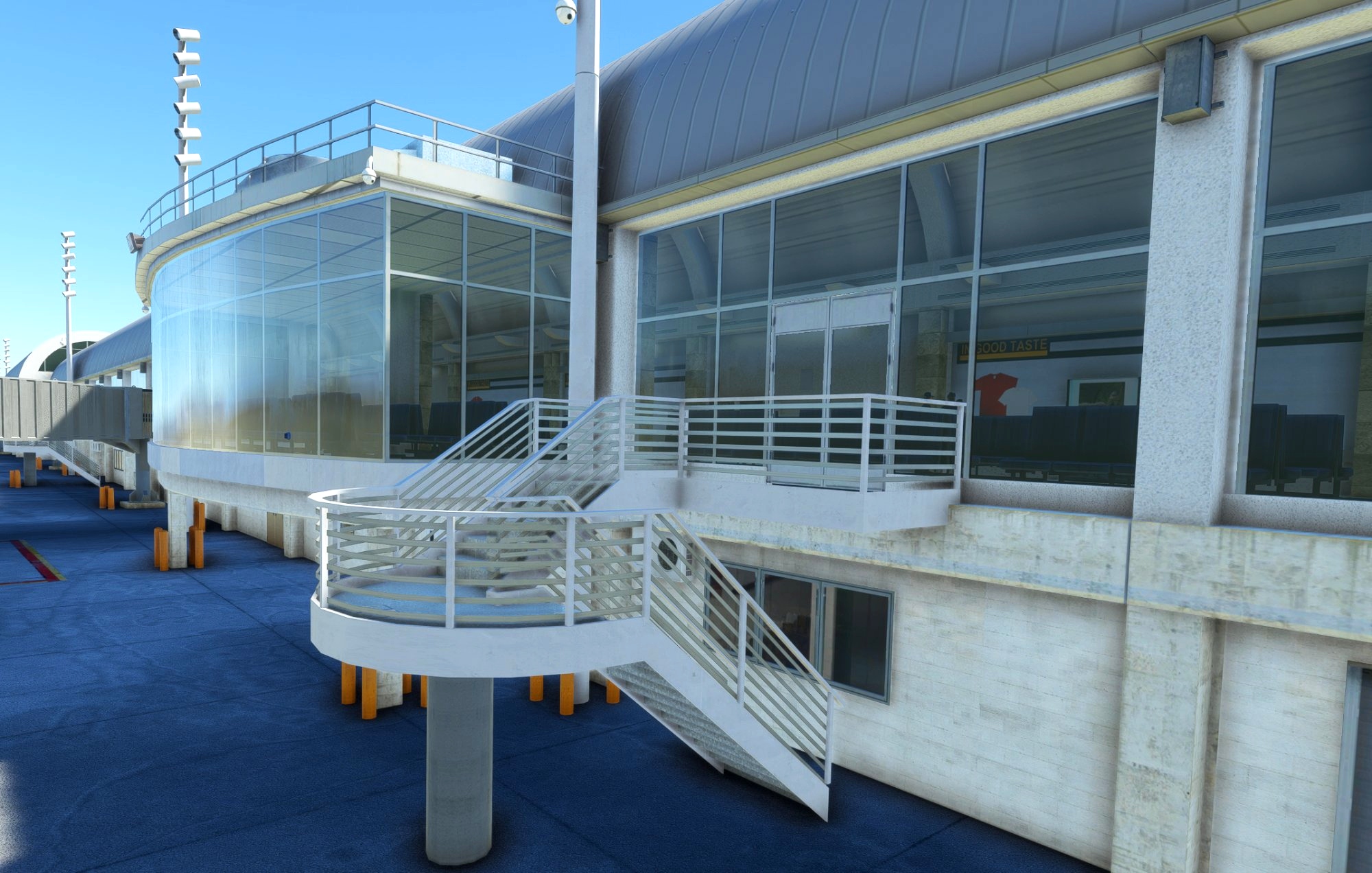 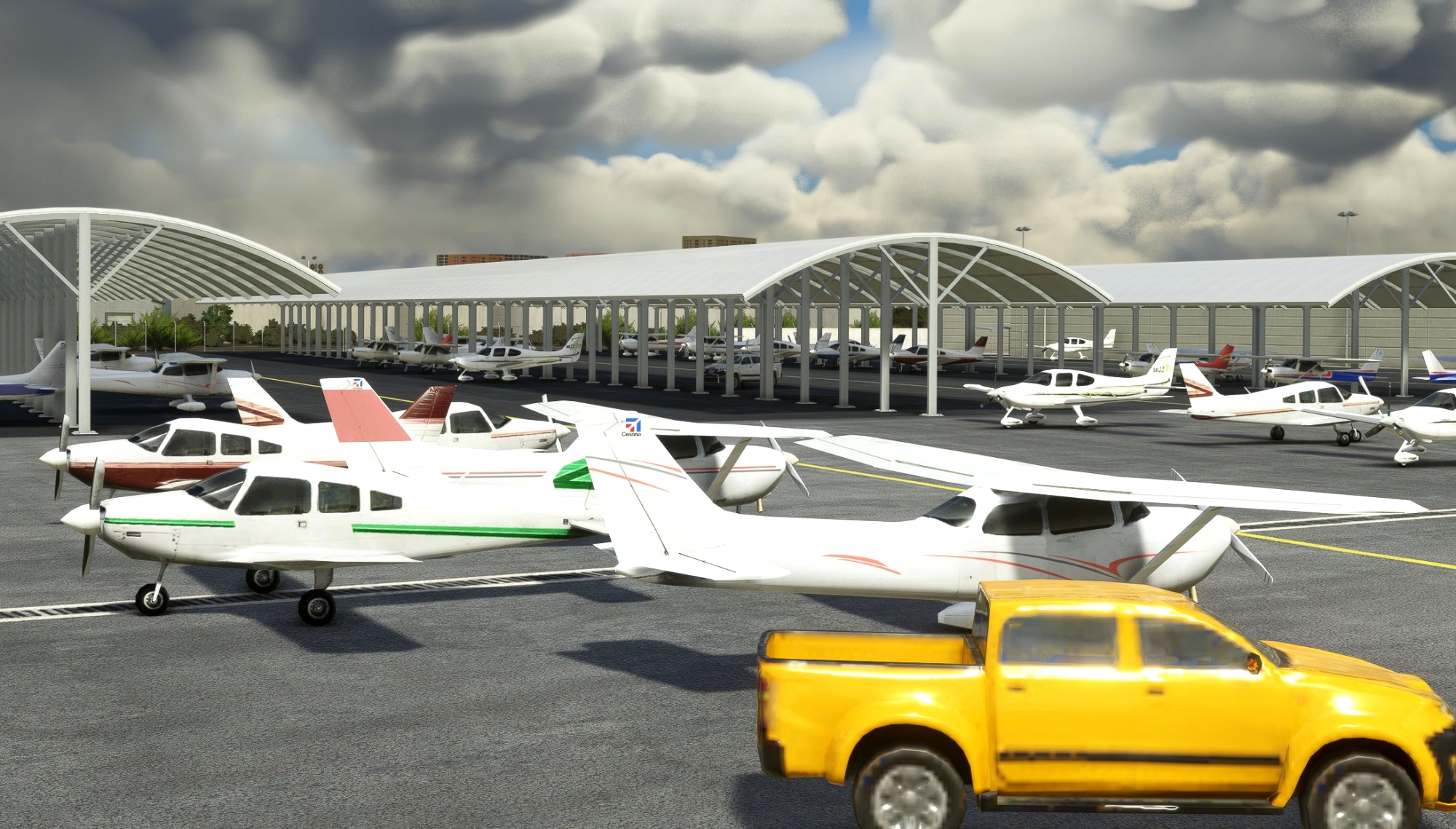 This airport represents a  leap forward in improved HD PBR materials and Level of Detail for UK2000. Hundreds of custom-made models and images accurately designed and placed, but more importantly done in an efficient fast performance way, so you don't end up with GBs of data slowing your PC down. It includes line markings with 'black' borders, just like must US airports have.

We've remodelled our GA aircraft library collection to have more details with PBR materials, plus new models like the C172,  SR22, P51 and B-17 for the museum. There are many GA light aircraft placed around the airport,  just like the real airport. These will not clash with AI, so you get both (There's also a 'no static' version if you want that). The Scenery also has many open hangars that you can start your flight from, complete with internal details.

The airside terminal is modelled with internal details, including passengers, seats, plants, vending machines and fast food outlets. There a 21 unique animated Jetways with high details to dock with your aircraft with, plus other animated models. Many other windows have Parallax effects to produce a fake internal effect.  The "Helistream" building on the north side is also modelled with a landable surface

Choose of TWO versions, one with Static aircraft and another without any static. 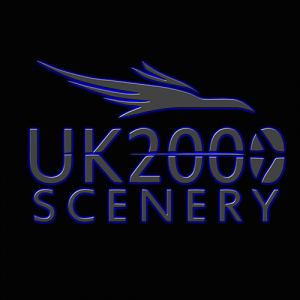 I'm getting my PPL at this airport and there seem to be quite a few mistakes that I've noted. The most 2 most irksome being:

Thanks for the Airport! Great job! Keep up the great work!

Is the AFCAD updated on this so that gate assignments are correct? Also, does this fix the issue with jets landing on 20L/02R as they do in the default KSNA?

Looks superb. So Cal is my home so another good airport is important. Does it have active helipads (one can set up on it)?

Aaargh, bad enough the paint on the B-17 is like that (like wrong in 3 ways from a glance!), but to feature it in a screenshot. I realize it's one object on an entire airport, but it's so egregiously wrong it doesn't make me want to invest in the airport...